I’ve always wanted to go to Scandinavia – something always called to me about it, most especially Norway.  It wasn’t until I visited Iceland, where I discovered my Icelandic heritage is rooted in Norway (as well as Scotland), that this affinity for Scandinavia began to make sense.

It seemed logical to take a cruise of the Baltic Sea and enjoy not only Norway and Denmark, but also Estonia, St. Petersburg, Russia, Finland, and Sweden. By taking a cruise, we were able to move through the Baltic Sea and visit the various countries with ease.   This was my first cruise so I was curious as to whether this would be a way I’d like to see other countries in the future.

We chose Princess Cruises for a few different reasons – Cathy had sailed on the Princess line a few other times and their Scandinavian cruise itinerary fit our needs. Princess line is geared more for adults, typically the ship will have a few nice restaurants, a casino, lounges/bars and as a result, there are not a lot of children; which fit our preferences. At our time in life we like to travel with less noise and confusion; we already experienced this as parents, having traveled with our own young children.

Cathy and I first flew into Berlin to spend a few days ahead of the cruise in order to enjoy our first visit to the capital of Germany.

While most of the Berlin wall has been torn down, there are remnants of it and one of my favorite sections is where artists were invited to paint murals, called the East Side Gallery.  Walking along the wall, it is hard to imagine the difficulties that families suffered, first by being separated by the wall, and for those on the East side, the terrible struggle under Soviet rule. 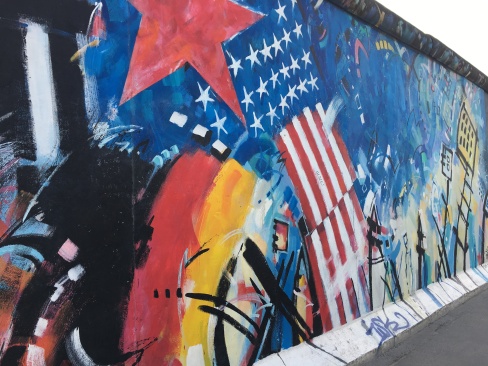 Every visit to Berlin should include a trip to Check Point Charlie, the crossing point between East Berlin and West Berlin during the Cold war.  Nearby is the Mauermuseum, whose displays include original equipment and devices used by East Germans to escape to the west.  The ingenuity and desperation to gain freedom is both awe inspiring and heart wrenching.  The magnitude of the human spirit is on display in the Mauermuseum. 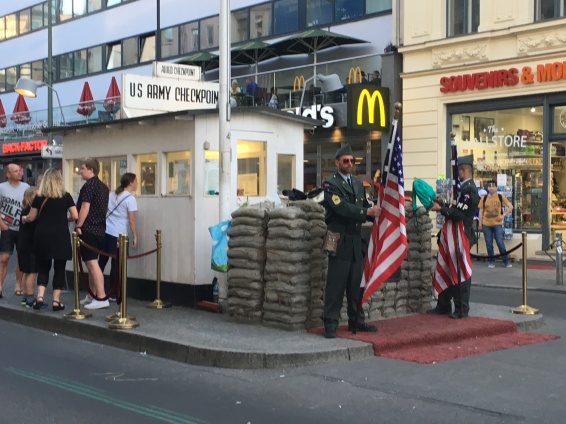 Vowing to remember the strife and struggle, in the walkways, in new buildings, the Berlin government constructed a brick path that shows where the wall once stood.  East and West Germany are symbols of isolation and communism on one side and freedom and capitalism on the other.

The Brandenburg Gate, especially lit up at night, is spectacular.  We hit unseasonably warm weather in April and enjoyed a stroll to this extraordinary structure during the day and then again after nightfall.  That night there were musicians playing saxophones and drums that we enjoyed while sitting on the bench next to the flowering gardens and watched as people strolled back and forth through the arches of the gate.

Built by order of King Frederick William II between 1788 to 1791, it has the feel of the Athenian Acropolis.  It serves as a symbol of unity in the city of Berlin.

Located outside the Reichstag building is the sobering monument that commemorates the members of parliament who were murdered between 1933 and 1945 under Hitler’s rule.  Each slab has the name and dates of those who died.  The Reichstag became the parliament of the Third Reich between 1933 after the Nazi’s seized power and remained there until 1945.

From The Reichstag we decided to wander through the Grobe Tiergarten located in the center of Berlin.  It is more than 500 years old and was founded as a hunting ground for the Elector of Brandenburg. With over 35,000 trees, 500 of which survived World War II, the Tiergarten is a beautiful place to walk, ride your bike or just sit and relax. 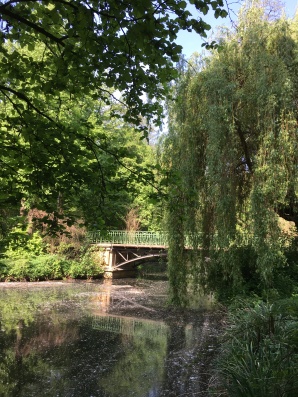 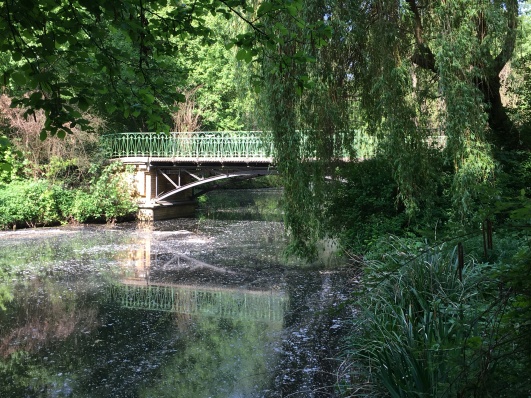 Berliner’s love their bears and throughout the city, you see Bear statues.  The Berlin bear dates back to approximately 1280 when the second city seal appeared with the Brandenburg eagle and two bears standing on the sides. Today the bear stands as the city symbol and mascot with fun Buddy Bears throughout the city. 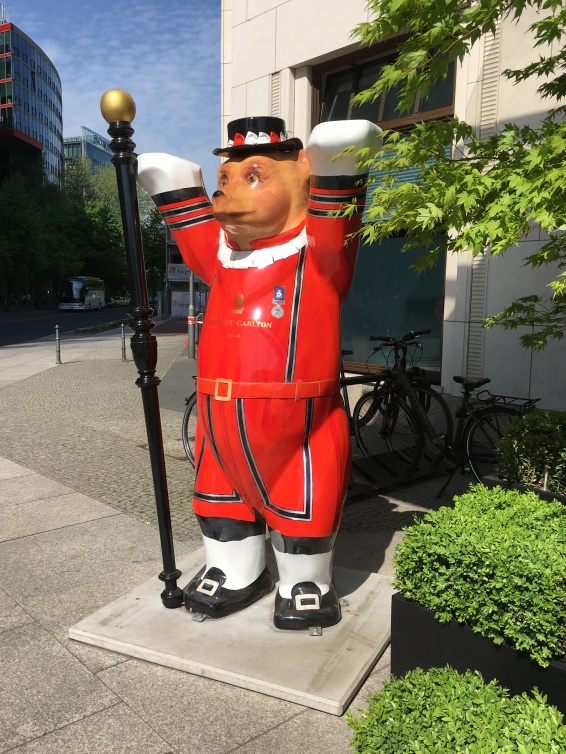 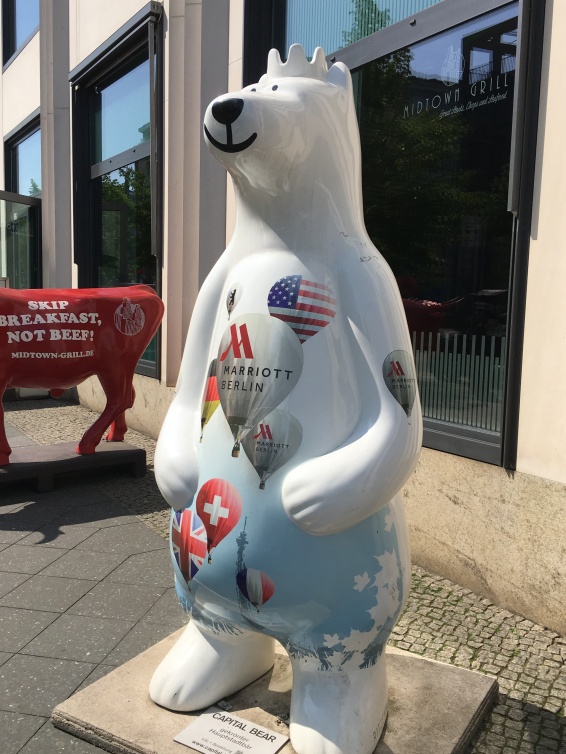 And of course, Bob visited me just as he did in South Africa, to remind me he’s never far away. 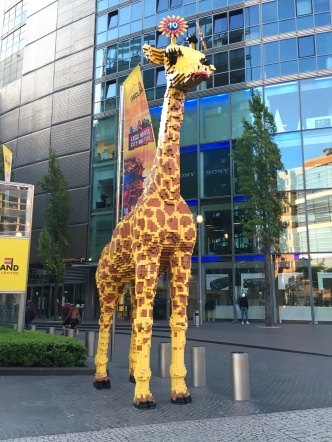