Growing up my grandma would talk about being Icelandic.  She didn’t know much about the family leaving Iceland as her father and mother divorced when she was very young.  But she would tell us the story about her great-great Icelandic grandmother pulling a handcart across the plains to Spanish Fork, Utah when she immigrated from Iceland.

Long before the internet and home computers, I remember looking up Iceland  in the encyclopedias and trying to imagine the country, the people, and the way of life from the small amount of information I could find.

As an adult, I spent 20 years researching family history. I was able to fill the gaps in my grandmother’s memory. Our family initially lived on the only inhabited island, know as Heimaey, of Vestmannaeyjar, which means Westman Island in Icelandic.  I was able to discover that her great great grandmother left Vestmaenyaer and immigrated to the US after her husband Eirick drowned in a fishing accident, which was a frequent tragedy on the small island.

One of the fascinating things about our Icelandic history is the tradition of the child being given the father’s first name as a surname followed by ‘son’ or ‘dottir’ depending on if it’s a boy or a girl.  In our family, our great grandfather Eirick Hanson was the first to have a different surname than his father, Eirick.  Prior to that, Eirick was beget by Eirick beget by Eirick so each son would have been Eirick Eiricksson and each daughter would have been Eiricksdottir— which is all seemingly confusing and yet, our guide Stefan was easily able to decipher our family tree based on the first names rather than the last.

The pull to visit Iceland has existed for as long as I can remember.  I found my heritage to be mystical and curious.  I also always thought going in summer would be a good idea, considering the climate.  However, my sister Cathy has always wanted to see the northern lights and convinced me that we should go to the country of our ancestors in March. We would not only experience the beauty of Iceland, but we would see the northern lights. 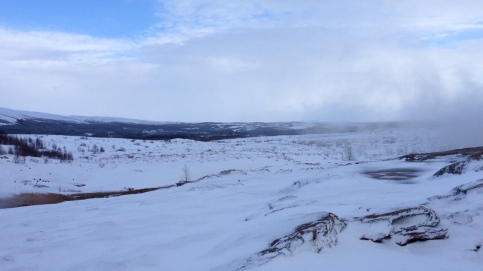 Okay— even though she’s the oldest definitely does not mean she is wisest.  And being the younger of the two of us, doesn’t mean I should agree, especially when my gut is saying it’s going to be freaking cold in March!  The average high temperature in March is 39 degrees, allegedly. It can snow; it can rain; it can do both.  The cold freezing wind will blow – that’s almost a given.  For California girls, this is not pleasant. 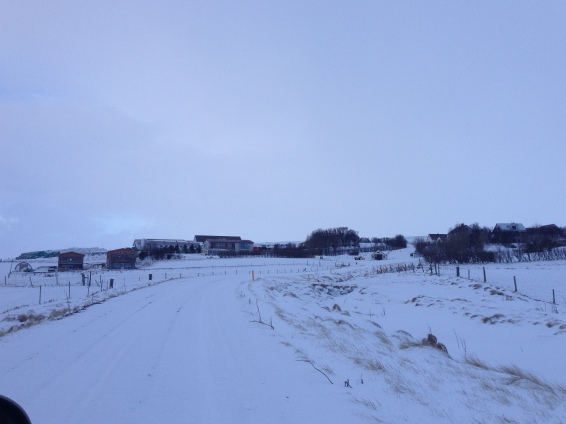 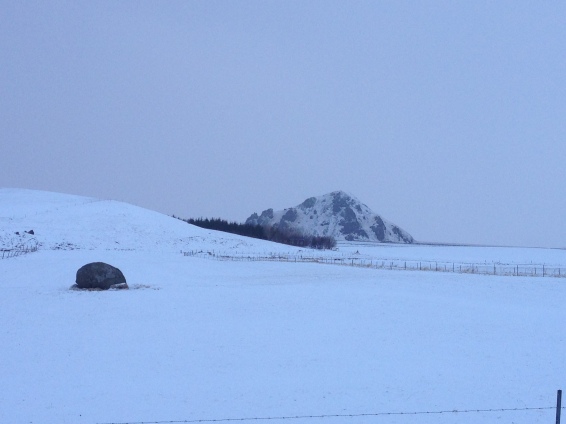 Flying into the capital city of Reykjavik, the landscape is —- white —- snow white and an itty bitty bit of brown.  It looks cold and at the same time serenely beautiful.

For this trip we booked an AirBnB since it was closer to the middle of town, allowing for easy walking to various sights.  The water in Iceland is warm as it is geothermal. That also means that there is a sulfurous smell of the water in the shower.  Not overwhelming, but obvious. It was super nice to have hot water all the time!

Icelanders love their fun and traditions as shown in their graffiti and bar crawls.  On our first Saturday in Iceland we watched the beginning of one of the weekend Bar Crawls.  All involved were laughing and of course drinking, and though it’s not something we were interested in doing, it did look like a lot of fun. One of our favorite signs was for the husband day care – 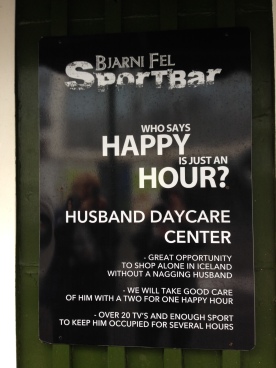 Colorful graffiti is all over Rejkavik and we loved finding pictures on side streets and hidden spots. 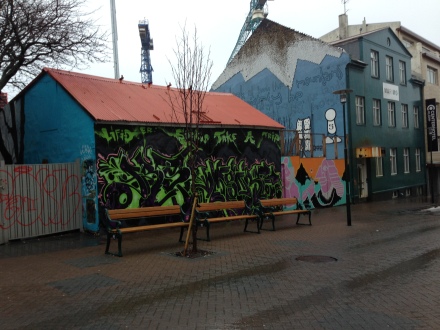 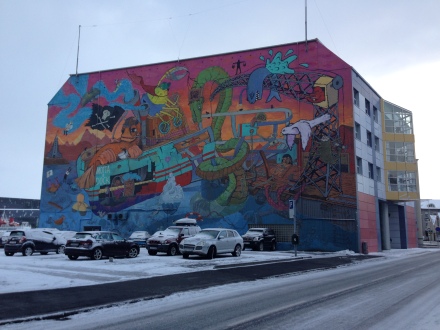 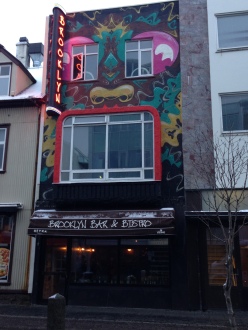 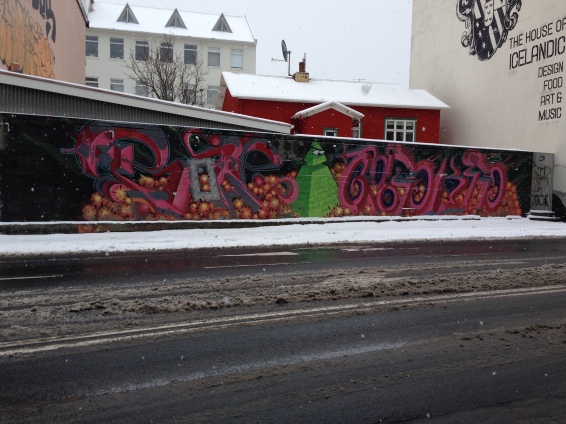 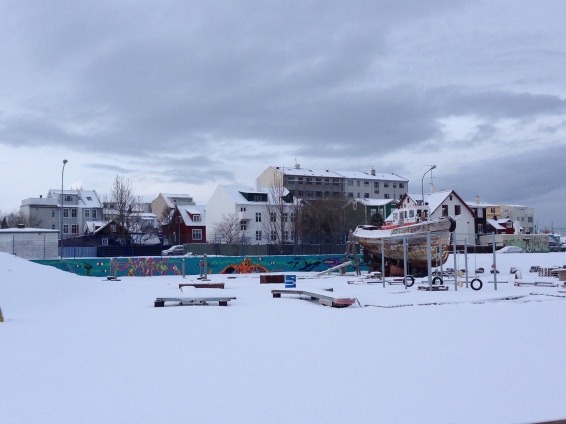 Icelanders are known for believing in fairies, gnomes, and trolls.  Some take it seriously, while others simply figure, ‘why not?’ They are also known to be mystical, superstitious, and have psychic abilities.  My grandmother always seemed to know things that weren’t obvious.  She also told stories about life after death and dreams that were vivid and real.  I have the same Icelandic traits and felt spiritually at home in Iceland.

The stories about the trolls is that they come out at night and if they get caught by sunlight, they turn into stone.  There is ‘proof’ of Trolls all over the country. 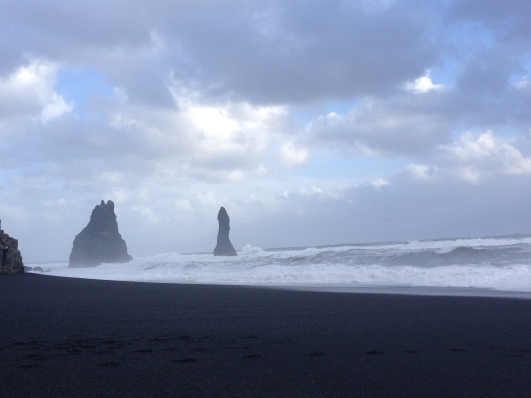 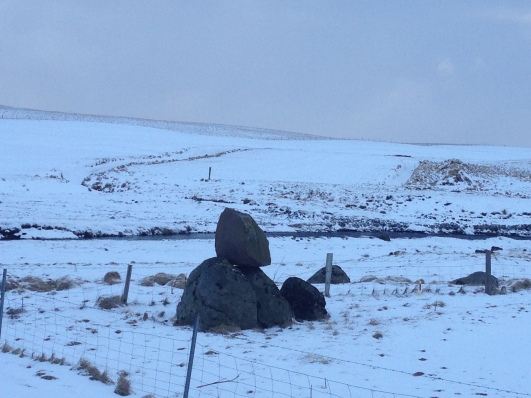 Our trip to Iceland was very busy so keep reading as we explore our “homeland.” I finally feel like I belong somewhere!