We like to hire local guides on our trips as they have the knowledge and the interest in sharing. Our guide, Stefan is Icelandic and was excited to have two Icelanders to take around ‘our’ country.

The last two days of our trip are jam packed with waterfalls, farms that our family used to live on, the town of Vik, black pebble beaches,  the Settlement Center,  Reykholt which was the home of Snorri Sturluson, the Eyjafjallajokull Visitor Center, and more waterfalls!

In 2010, for approximately six weeks, on and off, the Eyjafjallajokull volcano erupted, and  literally interrupted air travel worldwide as it spewed ash and lava. Olafur Eggerssson documented the eruption which was near the Thorvaldseyri Farm.  A year later, his family opened the visitor center which is now a popular tourist stop.  The center does a beautiful job of detailing the eruption and the effects it had on his family and farm with a magnificent video.  We were lucky enough to be with Stefan who introduced us to the owners as we all tried to figure out if we were distantly related.  After much translation and discussion, we were not related but the warmth given to us as two distant Icelanders was very nice and made the visit even more special. 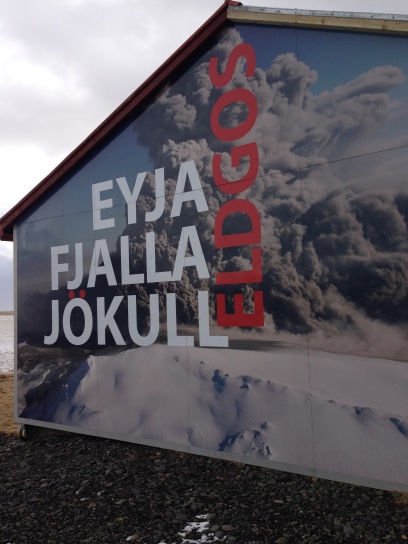 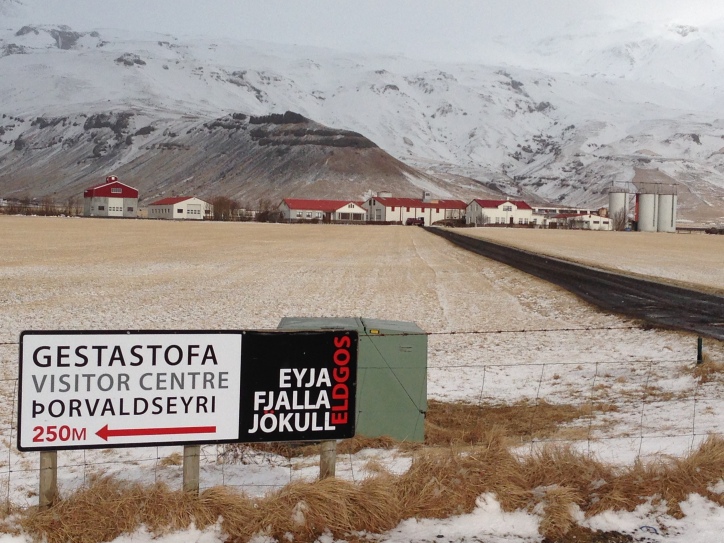 We knew we didn’t have any close relatives in Iceland, but I brought some of our genealogy information and Stefan was able to take us to old farms and surrounding areas that used to belong to our family members. To us, the difficulties of living, much less farming, in this climate is unimaginable.  It was pretty incredible to see! 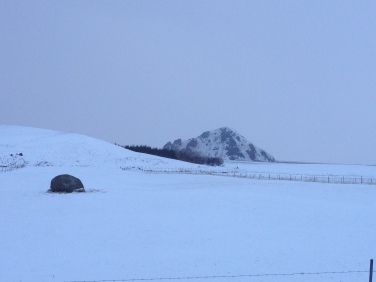 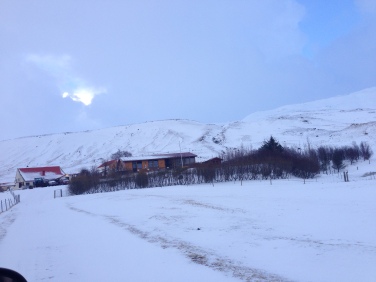 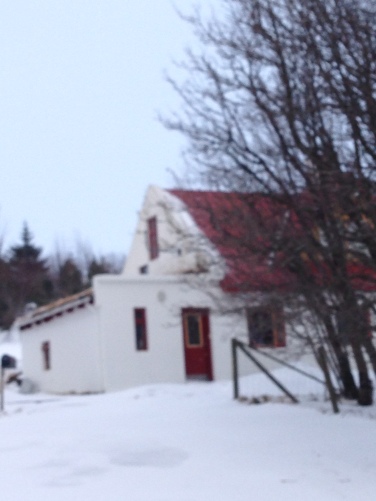 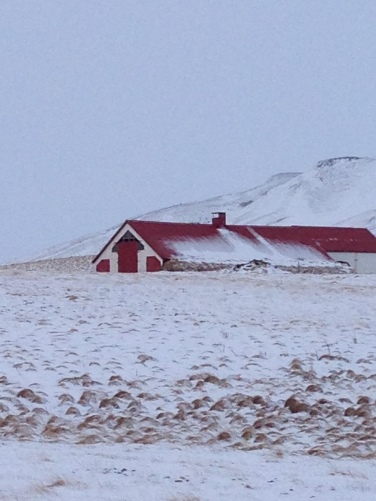 The black sand beach known as Reynisfjara Halsanefshellir was  created by lava flow that broke apart. This beach is considered one of the most beautiful on the planet.

Reynisfjara is unique in that it has basalt columns that look like blocks stacked on top of each other, perfectly organized by mother nature as the rock cooled to create this wonder.

The tall basalt columns standing like stoic trolls out in the ocean.  Icelandic folklore tells the story that the trolls were trying to drag a ship ashore.  Trolls, who go out at night, must always be back safely hidden away before daylight breaks, or they are frozen in place.  In the case of the trolls of Reynisfjara, they didn’t make it back in time and are now forever enshrined as they stood at sun-up. 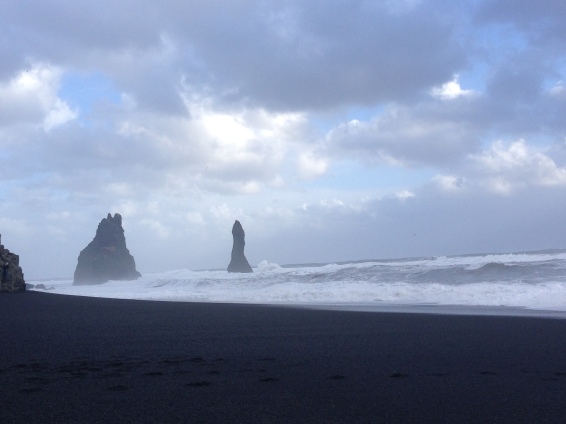 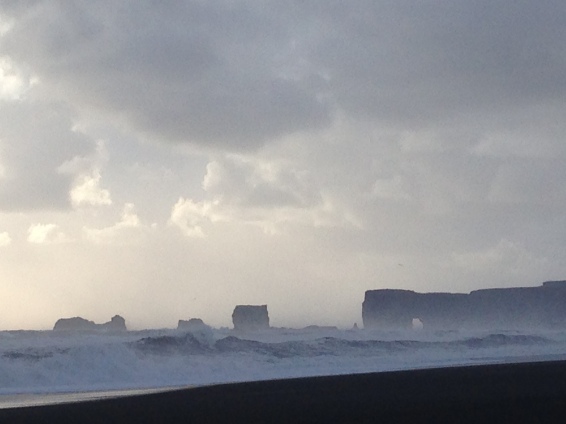 The ocean is angry and loud, huge waves are crashing and it’s cold enough that the water that splashed ashore is frozen in white chunks across the ground. 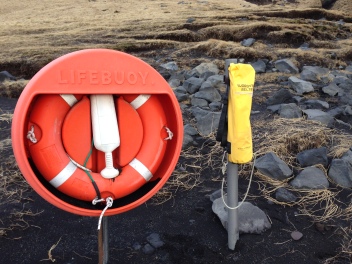 We won’t be swimming today but really appreciate the life saving equipment! 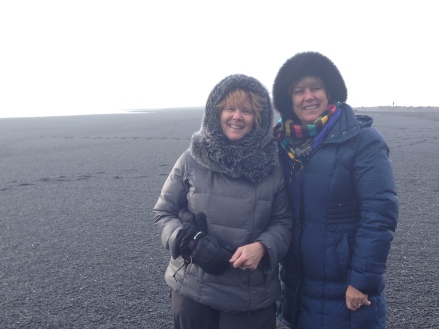 A quick stop to get some hot tea and coffee to try and warm up, and we again laugh as Stefan translates between the owners of the store and us to see if we are related.  It was fun that everyone we met wanted to see if there was a connection. Stefan purchased an Icelandic favorite treat, chocolate covered licorice — yes really — it sounds weird and it tastes weird and pretty good! Icelandic people are so friendly!

An hour drive from Reykjavik is the village of Borgarnes.  Here the Settlement Center resides, telling the stories from The Book of Icelanders and the Book of Settlement which are nearly 1000 years old.   Written in the 13th century, these books detail the founding of Iceland.

The Egil Saga Exhibition is located in a sunken stone cellar of the warehouse and is brought to life by artists who depicted the saga in wood.  Egil was the son of one of the first Viking settlers.  Egils Saga tells the store of one family clan’s settlement in Iceland.  The depictions are done in typical Icelandic fashion with wooden figures and paintings.  They asked that we not take pictures and we respected that.  If you like to see the stories in the Sagas brought to life, visiting this museum is quite fun, especially for kids!

We stopped in the museum restaurant for a bowl of homemade soup and freshly baked bread.  Delicious and warm as we headed out to the next stop.